As I sat in the small room that was dimly lit with a simple candle I could see the soft figure of a mysterious looking old woman sitting in a rocking chair. Quietly she rocked back and forth methodically, in her old rocking chair, creaking with each move making the sound of the ” tic toc” of a clock. As I looked closer I could see a glimmer from a pair of gold knitting needles in her long bony aged hands. Those beautiful golden knitting needles in her long fingers were hypnotizing as she moved them to and fro, in and out as if she was a conductor weaving the beautiful colors that appeared to resonate and glow. As I looked at her I could see the lines on her face and she appeared otherworldly weaving those hypnotic needles like she was orchestrating life in between the lines of her threads that dangled to the old wooden floor.

I moved closer into the light of the flame and she smiled at me and motioned me to sit down next to her chair. I was touched by her graceful energy and soft eyes. Meticulously, she remained knitting, spinning the threads around her golden needles, rocking back and forth in her old chair against the floor. Captivated by the shimmer of the needles and the sound of the creaky rocking chair that would tic and toc back and forth reminded me of one those antique grandfather clocks.

I sat at her feet on the floor next to that enchanted chair and picked up the thread that was dangling to the floor and began to allow it to run through my fingers with each turn of her golden needles. Before long I felt as though I had entered into another time and I began to hear her sing an ancient song in a language I could not understand but, the lyrics reminded me of my memories.

As I continued in this enchanted moment I began to see the beautiful pattern she is knitting with each twist and turn. Faster and faster I began to unravel this beautiful glowing thread like a web of time as her chair continued with it’s tic-toc, tic- toc. She looks into my eyes and immediately I sense something stir within me and I am drawn to touch these beautiful golden knitting needles. As I reach out with my hand to touch one the old woman looks at me with a stern look and beckons me to pay attention to the thread I was holding and allowing to unravel all around me. She whispers softly to me and says, ” Look at the thread that you are holding in your hands”. I look down at the unraveled threads that surround me and she says, ” this thread you are holding in your hands are the precious moments of your life. Why is it that you are so distracted by the golden knitting needles? Look at the beautiful pattern that they are creating, this is what is important”.

Immediately , I am stunned how fast that the thread that was being pulled through my fingers had unraveled so much , little by little. Here I sit as time is being pulled through my fingers little by little, thread by thread as I was so mesmerized by the golden needles. Tic-toc, tic-toc, second by second, minute by minute, hour by hour, day by day and before I realized it the thread around me starts to thin out.

The old woman looks at me endearingly, ” Don’t be distracted by all that glistens, pay attention to the threads of your life and this amazingly unique and beautifully masterful knitted pattern. Little by little, you can begin to see what seemed as though it was just a few lines of color here and there become a portrait of who you are. Look at your life and understand that this beautiful pattern is your life. Don’t be distracted by needles, they are just tools and although they are necessary they are not you. They are creating your story.”.

O’ How beautiful are the colors of my life, the stitches are each unique some places they are tight, some knotted and some places are loose. Yet, each one is perfectly placed in this tapestry of threads that create all that I am. For now, I will slow down and hold the thread between my fingers ever so carefully, I will listen to the beautiful ancient song being sung to my soul as I listen to the creaking chair that tics and tocs…. Yes, the golden knitting needles she holds are beautiful but, I am now mesmerized by what each stitch will bring, what color? I realize that as I watch I am apart of creating this gorgeous tapestry I call my life. 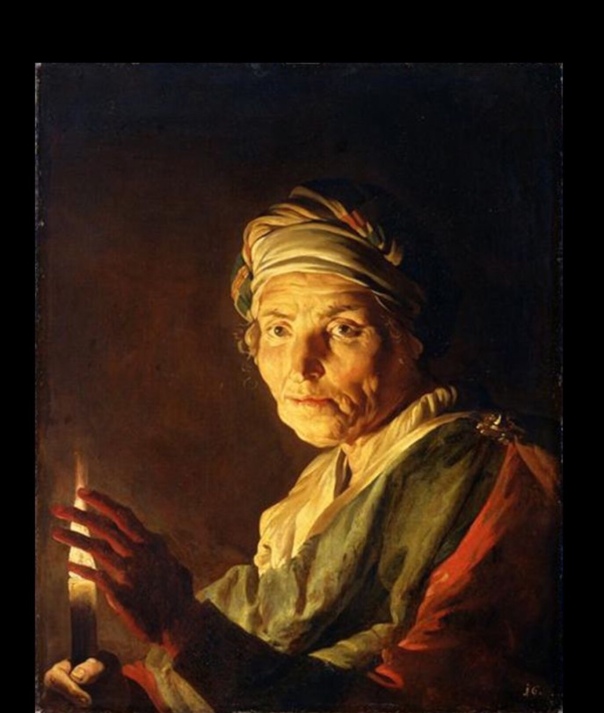 Posted on 06/18/2018, in Uncategorized. Bookmark the permalink. Leave a comment.